The performance of many listed wind power companies has skyrocketed, and the price of wind turbines

The performance of the whole industry chain is booming, and the supply of large parts and equipment exceeds demand

In the wind power industry supply chain, blades are the most tight link. Due to its fast technology iteration speed, and the limited number and life of molds, a set of molds can produce about 400-600 blades in the life cycle, and the production cycle of each blade About 2 days. A blade supplier said that in the next two years, the company's orders have been full, and now it mainly accepts orders from high-quality and honest companies.

Like wind turbine blades, towers and related castings are also key components of wind turbines. The performance of wind power tower companies, dominated by companies such as Tianneng Heavy Industry and Taisheng Wind Energy, once rose to a red, and continued to rise. Many traditional tower companies have deployed the wind power industry. An employee of a traditional tower company in Hebei said that due to the saturation of the communication tower market and the demand for wind power towers exceeds demand, the company is transforming from the communication tower industry to power towers, wind towers and other related green energy industries. , Has undertaken to build more than 4,000 bases of wind power towers.

The wind power rush-installation logic started from the 'Notice on Improving Wind Power Feed-in Tariff Policy' issued by the National Development and Reform Commission on May 24. The 'Notice' sets a boundary time limit for the stock and approved wind power project electricity prices, as shown in the following table:

Looking back at the wind power rush in 2015, developers vigorously promoted project progress in order to obtain high electricity price subsidies, resulting in a rapid increase in grid-connected projects in the short term, coupled with the slowdown in power market demand growth, worsening the problem of wind curtailment . According to data from the National Energy Administration, in the first half of 2015, the curtailment of wind power was 17.5 billion kWh, an increase of 10.1 billion kWh year-on-year; the average curtailment rate was 15.2%, an increase of 6.8 percentage points year-on-year. In addition to the issue of wind abandonment and power rationing, the quality of wind power equipment is also affected to a certain extent. Developers have even purchased equipment from some small manufacturers in order to grab the progress of the project, which has also brought serious safety risks to the wind power industry.

'The development of the wind power industry needs to be rational, stable, and move forward one step at a time.' An old man in the industry said: In the new wave of wind power installation, the demand for equipment and services in all links of the wind power industry chain will inevitably increase. This is an opportunity, but at the same time Accompanied by the crisis, we should strictly control product quality while improving production efficiency. 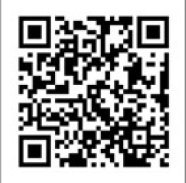